The solution only comes to light when there is a need: The cost-effective entry into the zero-emissions strategy for the portfolios of German real estate companies stands on solid and resilient foundations and can even ensure falling heating costs in the long term. The necessary investments take place when housing companies become active and begin to decarbonise their portfolios themselves through new local heating approaches based on deep geothermal energy. The Fraunhofer-Gesellschaft and the GFZ in Potsdam are now rolling out knowledge gained over decades; Heat from the earth will be usable on a gigawatt scale. Skilled workers from the oil and gas industry could lend a hand.

With the planned demise of coal-fired power plants, many municipal utilities will lose the most important heat source for their district heating networks. The way out of the dilemma leads 4,000 meters deep into the ground. In addition to the thermal heat, valuable lithium is also mined, which can be supplied to the German battery industry. transport costs e.g. B. from Chile can be omitted. The heat underground offers potential for at least 70 gigawatts of installed geothermal capacity, which corresponds to 25 percent of Germany’s total heat requirement. In the long term, deep geothermal energy can quantitatively catch up with wind power in terms of economic importance. The Helmholtz Association wants to proceed strategically and use the current implementation funding.

At 1,400 terawatt hours, heat accounts for 56 percent of the final energy requirement in Germany. Green electricity-powered heat pumps from near-surface geothermal energy in households alone are not a complete replacement for coal district heating and for natural gas, which is also intended to leave the energy mix in the long term. Pellet and wood chip concepts will also only be able to contribute 1% to the basic energy supply in the long term. Green hydrogen will be reserved for industry, which would otherwise have few alternatives for production processes in the high-calorific range.

The GFZ researcher Professor Ernst Huenges, co-editor alongside Professor Rolf Bracke from the Fraunhofer Institute for Energy Infrastructures and Geothermal Energy (IEG), says: „Reaching the climate neutrality of the heating market is a huge challenge and requires a whole bundle of measures. The market players such as energy suppliers, industrial companies, the housing industry, the financial sector, politics, administration, trainers and municipalities need new instruments for this complex implementation task.”

No seller tinkles the brass bell for the domestic deep energy. No lobby as far and wide as there is with oil, gas & Co. The world has known the struggle for democratic elections and the blackmail by despots from dictatorial-autocratic producer states since the discovery of coal. Hot wars continue to this day. From 1973 this became the source of drastic experiences in Germany that continue to this day; even aggravated on a daily basis. According to the research group’s calculations, at least 2,000 boreholes to a depth of several thousand meters must be drilled by 2030, and at least 3,000 more by 2050. Producer countries should start to ask themselves how they can come to terms with the cows in the long term, which have been excellent for milking for so long with their natural resources. Continue to confront or look for climate-friendly partnerships? Continue to rely on the long-term exportability in these quantities of resources that are no longer required or look for cooperation with decarbonization professionals from Germany?

Earlier assumptions that there were only limited resources for deep geothermal energy were wrong. Expensive and deep boreholes over 4,000 m were avoided on a large scale initiative. Now the consequence of geophysics is reflected in unbelievable success stories, after courageous scientists have also collected reliable data in Berlin and Brandenburg, in south-west Germany and in other places: the earth’s temperature increases by 3 degrees Celsius for every 100 m depth. 30 degrees Celsius at a depth of 1,000 m does not sound tempting for our current high-temperature networks; prove rather problematic conversions in the stock. But 120 degrees at a depth of 4,000 m are now also „minable“ in the Schorfheide, in the Berlin city area, in Stuttgart and in other places. In Brandenburg, too, the brine extracted contains up to 120 g of lithium per liter of extracted water. That can then go straight to Elon Musk in Grünheide.

There is no lack of money. The tempting interest rate of z. B. 5% entices taxonomy-oriented investors to plunk down hundreds of billions of euros. It is clear that this does not amuse the „stakeholders“ from the oil, gas and coal industry. But we already know that from the experienced reaction of the sawed-off nuclear lobby, which has been able to rely on bulging funding pots for many years and doesn’t give a damn about disposal and its costs. In addition, the annual deep geothermal volume of federal funding for efficient heating networks (BEW) could be increased to well over one billion euros. In addition, a fund solution could give financially weak municipalities the opportunity to protect themselves against financial risks. Because there is a residual risk: If no water is found, the development of deep heat becomes disproportionately more expensive.

However, the political will would have to be formulated and this would have to be backed up by regulation in order to regain lost trust in government action. This included clearly researched target analyses, accelerated approval procedures, the designation of preferred areas in the spatial planning of the federal states and in municipal land use plans. It is also necessary to examine how and to what extent various laws would have to be adapted, including the Federal Mining Act, the Water Resources Act and the Building Energy Act. In Berlin, the sensitive Rupelton layer must also be protected using exact DIN procedures when drilling, casing and sealing. But there are decades of success stories, such as the Reichstag building.

Development of economic-strategic benefits through the housing industry

A basis is currently being created for investments and technologies with which deep geothermal energy in Germany can rise from a few individual projects at the local level to a nationwide, large-scale industrial level. Watch out for the housing industry: high-temperature heat pumps, large heat storage tanks and the „expansion of trans-municipal combined heating networks“ are included in the portfolio balance sheets of the housing companies, in the DNK balance sheet and ensure long-term zero emissions. This is a major challenge, but also a resilient, feasible approach to zero-emission districts. The positive consequence: no more CO2 pollution from heating, better building energy values, significantly lower costs due to independence from foreign fossil energy suppliers, an economy that is relieved by 25% – in this import value – and millions of tons of saved CO2 pollution for our domestic balance sheet .

The sustainable expansion of geothermal energy is an investment in the cities of our future,“ says Professor Ingo Sass, head of the „Geoenergy“ section at the GFZ. „With their strategically aligned work programs and their unique research infrastructures, such as the future underground research laboratory GeoLaB, the research institutions of the Helmholtz Association are making a significant contribution to the success of the transformation,“ Sass continued.

In order to ensure that sufficient specialist staff are available in the long term, measures must be taken to promote education and the economy. For example in the form of inter-company training centers and by adapting teaching curricula. An estimated five to ten experts are required for each megawatt of installed capacity. Hello high school seniors: support climate change through science study content? A little less internet, a little more climate change? How does that sound?

In particular, European oil and gas production companies whose exploration methods and technologies are similar to those of geothermal energy can be involved for immediate implementation. In Germany, the two sectors are partly already organized together in the Federal Association for Natural Gas, Oil and Geoenergy.

Geothermal energy made negative headlines in 2007 in the Black Forest town of Staufen, where water penetrated an anhydrite layer after drilling relatively close to the surface – the material swelled, the ground rose in places in the historic town center, walls cracked, buildings had to be demolished. Criminal energy also played a role here. Experts consider such damage to be extremely unlikely if deep drilling is carried out correctly – according to DIN and after formally implemented application procedures via the higher mining authorities. Even groundwater for the drinking water supply or the feared „mixture“ of salt water-bearing layers with drinking water-bearing layers – this was the concern of the Berlin Senate, for example, when geothermal energy for the municipal heat supply was under discussion there – would not be affected. Deep wells typically tap into reservoirs well below the strata from which drinking water is extracted.

Investment requirements in the hundreds of billions

The investment costs are not a challenge in a systematic and ambitious expansion of deep geothermal energy. In order to develop the hydrothermal potential for 70 gigawatts of power, the scientists estimate that a three-digit billion sum would be required. A fraction of what goes into fossil or legacy nuclear markets.

However, such an effort would be doubly worthwhile. With the rising CO2 price, geothermal energy is becoming more and more economical compared to the fossil or nuclear generation approach. The expansion of geothermal energy will not only reduce the need for natural gas imports, which cost many billions. Once drilled, always harvested. No follow-up costs for heat sources, no consequential damage to the environment. On the contrary. From an economic point of view, it is a good idea to invest in this technology at an early stage in order to give us economic legroom and independence from blackmailers.

The wording of the coalition agreement between the SPD, Greens and FDP at least suggests that the advocates of deep geothermal energy should be heard by the federal government. At the same time, examples of the development of heat islands extending into the villages can arise in rural areas, for example as part of the current process for optimizing village communities. In this coalition agreement it is written that they will work for “comprehensive municipal heating planning and the expansion of heating networks”. „We are aiming for a very high proportion of renewable energies for heat and want to generate 50% of the heat in a climate-neutral manner by 2030“.

Best regards, Mr. Habeck: We even achieve more than this named 50%, save millions of tons of CO2 for the climate and our national balance sheet, promote sustainable DNK calculations and reduce producer costs. yes press Don’t increase.

Such a goal must be announced and backed up with resilient scenarios. Yes, our heating energy production facilities will be replaced by tens of thousands of small containers that make the new deep geothermal networks visible in the landscape. Decentralized, financed by energy cooperatives with the participation of citizens and the real estate industry; promoted by green investment strategists. The future can come. Decisive market players for implementation: the housing industry and the tenants.

Unsere green with IT Mitglieder: 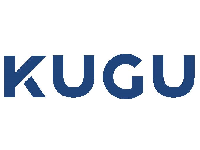 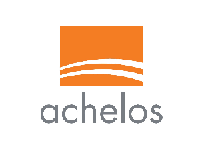 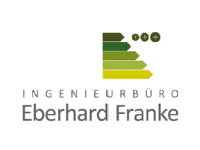 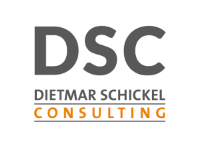 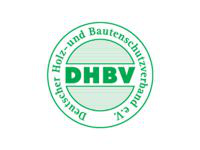 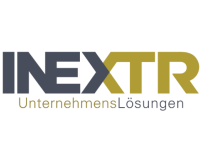 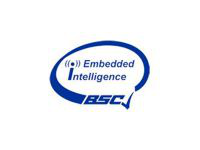 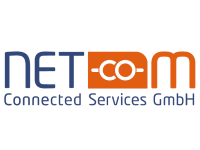 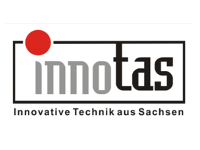 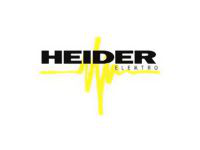 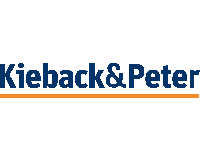 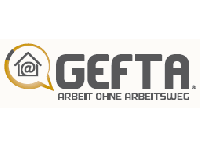 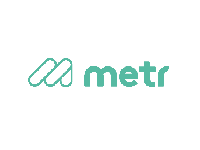 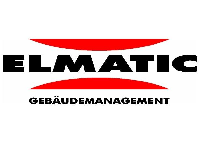 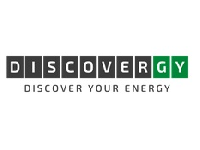 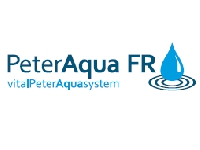 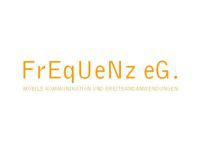 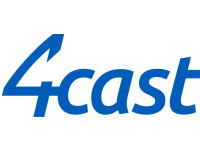 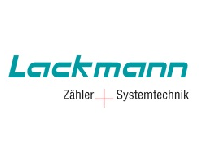